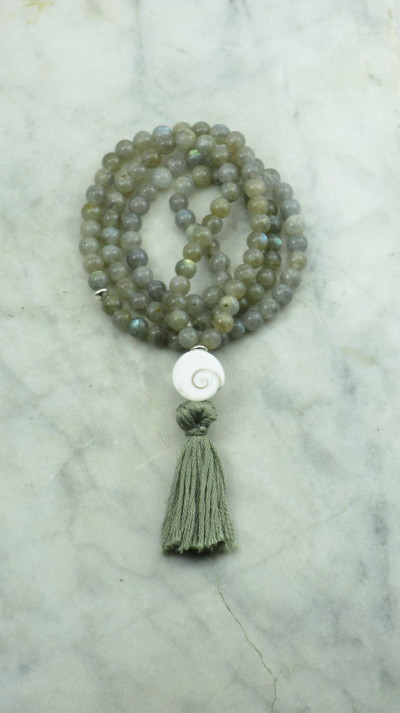 Behind the Design: Eye of Shiva Mala Beads

To open to a deeper level of perception, is to see beyond the dualities of life, and essentially to pierce the veil. 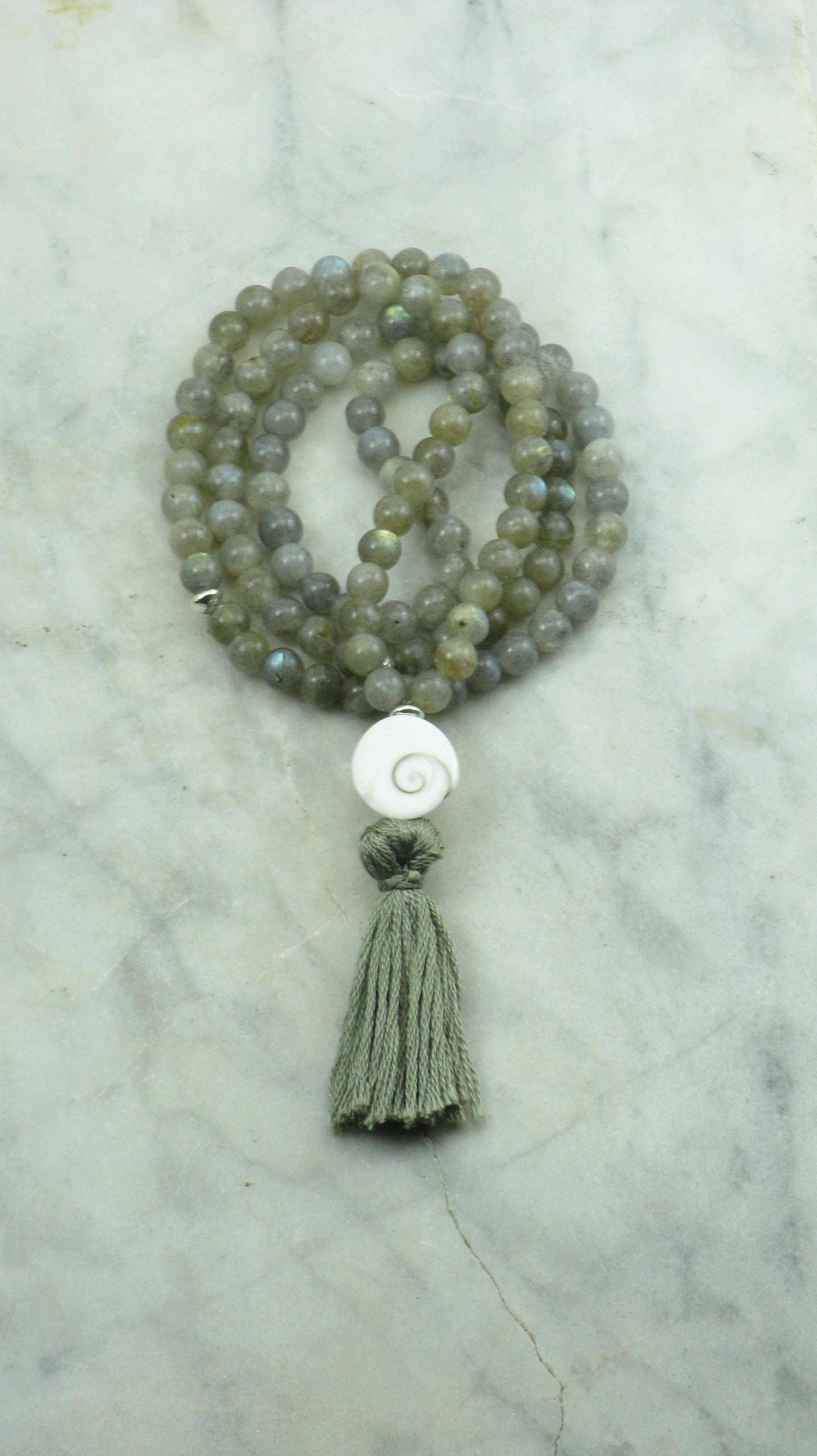 This mala beads design began with a serendipitous find of a strand of Eye of Shiva shells. In November of 2014, I followed my intuition to a gem and bead show on Salt Spring Island. I found a strand of Eye of Shiva beads, and their radiance deeply resonated with me. I found their surface smooth and calm, their colours peaceful, and their energy embodied a sense of flow and trust.
The spiral within each shell felt personally symbolic as my interests in sacred geometry were growing. Shells are a natural expression of the ‘Golden Ratio’, 1.61803, which is derived from the Fibonacci sequence (1, 1, 2, 3, 5, 8, 13, 21, 34, 55…). Divide any number in the Fibonacci sequence by the one before it, for example 55/34, and the answer is close to 1.61803. As you enter the world of Sacred Geometry you begin to see as never before the wonderfully patterned beauty of Creation. Viewing and contemplating these codes offers a glimpse into the inner workings of the Universal Mind and the Universe itself.

These guru beads arrived at a synchronistic time in my meditation practice. Most of the autumn that year was spent contemplating sacred geometry, and in clairvoyance and illumination meditations for opening the Third Eye. I was working with labordorite for its illumination and multidimensional qualities, holding it during each meditation sit. Labradorite is believed to be a powerful gemstone for assisting the meditator in accessing the inner eye, clairvoyance, accessing the many domains of existence, and activating inner awareness.

I discovered that these shells are representative of opening Shiva’s third eye. Shiva is said to have opened his third eye and awakened to a dimension of perception beyond the physical world. The two physical eyes are sensory organs. They feed the mind with physical information that is necessary for survival, but limit our ability to see beyond the physical. To open to a deeper level of perception, is to see beyond the dualities of life, and essentially to pierce the veil between the waking world and the many domains of existence. It is believed to sharpen the wearer’s intuition, which in turn enhances the discernment and helps deepen understanding. This meaning resonated exactly with where my personal practice was at when I found them by following my intuition.
As such, these mala beads are an expression of a time when my meditation and yoga practice moved into deeper levels or awareness and perception of other dimensions and energies, heightened my intuition, and opened to an understanding of the Universal flow.

Cool Down with Yoga and Mala Beads for the Pitta Dosha